Sustainable companies are a safe stock pick in times of uncertainty

The pandemic and the war in Ukraine threaten to leave our world more impoverished and unstable. For the first time in 40 years, inflation has returned to double-digit figures, the depreciation of global financial assets now exceeds 37 trillion euros and the public debt of many countries, including Spain, has reached new all-time highs. The energy crisis caused by the Russian invasion is the last risk added to the list. However, it may also be just the incentive that was needed to drive the push toward a sustainable economy. José Luis Jiménez, group chief investment officer at MAPFRE, is certain of this and reckons that the economy is facing a “paradigm change similar to what happened at the end of the Second World War or during the 1990s, something that, during the years of the global pandemic, has once again pushed us toward low growth, generating bottlenecks in supply chains together with significant inflationary pressures,” he added.

During their participation in the 1st Economic and Wealth Management Forum, organized by MAPFRE Gestión Patrimonial (MGP) and held at the Deusto university campus in Bilbao on Wednesday, various analysts (accompanying MAPFRE’s in-house experts were David Ruiz, business development director at Deusto Business School; Jesús Martínez, director of finance and treasury at Iberdrola; Raúl Gómez, CFO at Vidrala; Fernando Gómez-Bezares, distinguished professor at Deusto; Sophie del Campo, general manager of Natixis IM Distribution for Southern Europe and LATAM and Javier Villegas, general manager of Franklin Templeton–Iberia) agreed that the objectives of sustainable development are increasingly influencing financial activity. In turn, clients are expressing a preference for this type of investment because in addition to generating a positive impact on society and the environment, they are safer and just as profitable.

The current scenario, in which a gas shortage is predicted, has already made clear the importance of environmental criteria and, ultimately, the future lies in renewables. Iberdrola is clearly a benchmark player in this sector and according to Jesús Martínez, director of financing and treasury at the group, the commitment to clean energy, among other factors, has meant that the losses recorded this year on the stock market were lower than the market average.

But it’s not just about reducing greenhouse gas emissions. Sustainability also implies corporate governance criteria, such as cost control. Jiménez highlighted in this regard that the socially responsible thing to do in this context of crisis would be to avoid an increase in debt. It’s a maxim that applies to companies and governments alike, since any entity unable to meet its financial obligations is unable to achieve better long-term performance and attract new investors. Although he stressed that, in the case of MAPFRE, the key element within the ESG criteria is the “S”, “because for us, people come first.” In any case, analysts agree that the boom in sustainable portfolios is not a mere passing fad, despite the fact that their taxonomy still generates uncertainty. According to a Morningstar report, Section 8 and Section 9 funds now account for around a quarter of all funds in the European Union. In Spain there are around 65 billion euros of products corresponding to these items, which shows that the sector is getting organized. However, it’s still advisable to maintain a diversified portfolio. In this regard, Daniel Sancho, head of investments at MAPFRE Inversión, noted that it’s important to "be realistic and treat socially responsible investment with common sense and pragmatism so as to able to offer low-risk portfolios to the client."

MAPFRE is fully on board with the idea of taking a sustainable approach to our relationship with the world around us and has been since its creation: Jiménez reminded those present that the term “corporate social responsibility” (CSR) appears in the company’s founding statutes, which has evolved into what is known today as sustainability. In terms of products, MAPFRE AM, the group’s fund manager, has two funds framed within article 8 of the EU’s Sustainable Finance Disclosure Regulations (SFDR) and classified as socially responsible investment (SRI). The first fund is MAPFRE AM Inclusión Responsable, which focuses on those companies that are committed recruiting people with disabilities. The second is the MAPFRE AM Capital Responsable fund, a mixed fund that seeks to combine capital preservation with long-term growth. According to analysts, the safest investments today are those with an investment horizon of between five and 10 years, since they are exempt from the changes that the market has suffered in the last eight months, when the conflict in Ukraine broke out.

The event was closed by Javier Olías, MAPFRE's territorial general manager for the north, together with Enrique de la Fuente, manager of the MAPFRE Gestión Patrimonial office in Bilbao. The office in Bilbao was opened at the beginning of 2020 and has enjoyed steady growth since then. The latest addition to the specialist team there is José Luis Palazón Pascual, who has more than 20 years of experience in the financial sector, having held key positions with Consulnor-Banca March, Bankinter and, most recently, in an independent Bilbao-based investment advisory firm.

MGP, which offers professional financial advice to its clients, currently has seven offices spread across Spain that serve more than 12,000 clients. MGP clients have access to a platform that offers them the possibility of investing in more than 15,000 investment funds from around the world. Allocations, transfers and withdrawals can all be made rapidly and electronically. 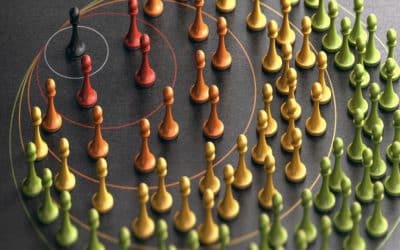 The 'meme stocks' are once again making headlines at the beginning of the year. Regarding this type of movements, Daniel Sancho, head of investments at MAPFRE Gestión Patrimonial, does not see any kind of reasoning and values the figure of the financial advisor, who is precisely responsible for filtering out all this type of noise. 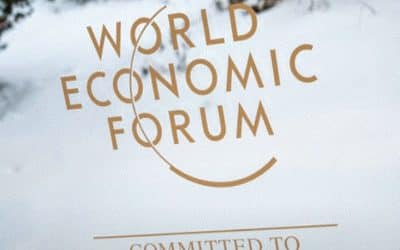 Davos and the growing challenge of self-sufficiency

No region is close to being self-sufficient and perhaps it is time we started thinking about how to remedy this. And Davos was an ideal place to address this problem. 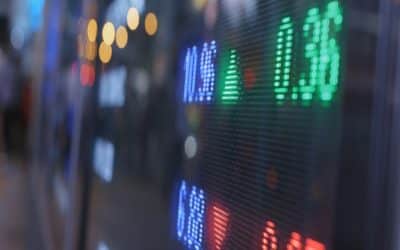 Investors leave the pessimism of 2022 behind

The 'January effect' has returned to the markets and has caused strong rises in the stock market in the early stages of the year. Alberto Matellán, chief economist at MAPFRE Inversión, and Ismael García Puente, fund manager and fund selector at MAPFRE Gestión Patrimonial, list the factors that have caused this change in trend.