Europe and the strategic compass, a historic change of mindset

Russia’s invasion of Ukraine has prompted the European Union to rethink its military spending policies, which have taken a rather passive approach in recent years. Even former US President Donald Trump repeatedly called for a more proactive stance by Europe on defense, citing the obligation of all countries in the Treaty to spend 2 percent of their GDP on defense. However, European powers such as Germany, Italy, Spain, and the Netherlands were not reaching this 2%, so that the average expenditure was limited to approximately 1.3%. This figure is a far cry from the United States, which was investing more than 3% at the time.

Russia’s incursion into Ukraine has put the EU on alert, as its defense position now appears severely limited in the face of a possible Russian offensive on its borders with Finland, Poland, Latvia, Estonia, and Lithuania, which borders Belarus. It is not insignificant that, in recent days, NATO has said it will welcome Finland and Sweden with open arms if they eventually decide to apply for membership in the Atlantic Alliance. For this reason, on March 21, 2022, the Council of the European Union approved the Strategic Compass, which stems from the Union’s need to improve its self-defense capability to become less dependent on the United States and to strengthen its security and defense policy.

The priority objective of this initiative will be to make the EU a stronger and more capable security provider and leave it in a position to protect its citizens against possible Russian retaliation stemming from the economic sanctions. This scenario is becoming more realistic given the threats by European countries to cut off any kind of economic relations with Russia (including oil and gas derivatives), a concern that was expressed by the Vice-President of the European Commission, Josep Borrell, at the recent EU ministerial meeting: “The threats are increasing, and the cost of inaction is clear. The Strategic Compass is a guide for action. It sets out an ambitious way forward for our security and defense policy for the next decade. It will help us face our security responsibilities, in front of our citizens and the rest of the world. If not now, then when?”

These European and other NATO-member arms reforms reflect how Russia has forever changed the balance of power, awakening governments that, in favor of more pacifist and anti-war policies, had disarmed their countries and gradually lowered their military spending policy. For example, Germany, which was not covering its spending quota, expects to increase investment by the end of 2022 and thus contribute to the mission of making Europe a greater military force.

Somewhat ironically, the biggest obstacle to this transition may not be European opposition but the Washington ‘psyche.’ U.S. national security policy has championed the principle that the United States must exercise global military leadership to preserve democracy. Thus, as Europe seeks alternatives to build a more effective fighting force, US diplomats and the Pentagon must accept its historical inevitability. Whether as part of NATO or in combination with other alternatives, such as the Strategic Compass, the goal must be to help European allies find the right solution for their own security.

Because of its determination to follow the path of independence from Russia, Ukraine is waging a full-scale war which is changing the European structure that relied so heavily on American might—in place since the Cold War—and prompting a stronger Europe that is capable of defending its borders from any threat that seeks to destabilize the union. 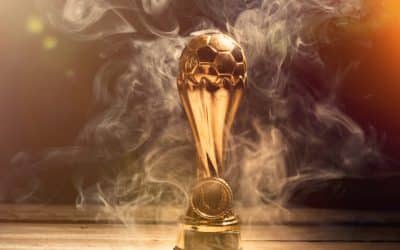