How Far Will Inflation Go?

The discussion on whether the rise in prices is temporary or permanent continues. Supported by the rise in energy and raw materials prices and the lack of inventories, more and more voices are fueling the idea that high inflation is not a short-term issue. In the Eurozone, prices have reached 10-year highs, hitting 3.0% in August, while the United States recorded 5.3% in August. These figures, boosted mainly by the energy crisis, have alerted experts and analysts, who now debate the nature of inflation, as "its temporary or permanent nature will determine monetary policy and behavior in the financial markets," says the latest Economic and Industry Outlook Report: Fourth Quarter Perspectives, prepared by MAPFRE Economic Research. In the case of Spain, the Economic Research team expects the CPI to end the year at an average of 2.7%.

Either of the two possible scenarios, in which stagflation is ruled out, would have a direct impact on financial activity and stability, which ultimately set the boundaries between the base scenario (context in which inflation is temporary) and the stressed scenario (the deterioration of economic activity puts inflation as a permanent issue) of MAPFRE Economic Research.

Inflation is a temporary issue

The acceleration in the global price index is a continuation of the previous situation, with rates significantly above the targets of the central banks on both sides of the Atlantic, which is showing signs of secular stagnation. From this perspective, analysts consider that the temporary rise in prices would be explained by 1) the rise in commodity prices, 2) the base effect of the fall in prices between February and May 2020 3) and the temporary effects of supply restrictions resulting from the pandemic.

It would therefore be a situation where "the eventual volatility of the price index and not so much a change in the growth path is what we need to be worried about," as the latter would be complicated in a context where there is a greater accumulation of liquidity, savings do not shift to consumption and the effects of monetary policy on expectations keep Phillips' curves flat.

Inflation is a permanent issue

On the other hand, there are reasons that may suggest that the rise in prices might be here to stay. The occurrence of such a scenario would challenge many assumptions that have prevailed over the past few years, such as 1) the permanent increase in crude oil prices, 2) the change in China's model, supported by the consumption and export of more of high-value-added products, or 3) the invalidity of some theories such as secular stagnation.

This context would also be supported by a profound change in the productive structure ("reshoring" of plants to the countries of origin and greater automation, the reprofiling of productive externalities and energy transition), as well as at the demographic level and by the effects of seigniorage, raising the level of inflation and the expectations themselves.

All this has put central banks and their respective inflation targets at a crossroads. As such, we are faced with signs of inflation, which may influence (depending on their temporary or permanent nature) the type of macroeconomic scenario in which we find ourselves in the months to come. The scale will finally tip, however, based on the weight of five fundamental factors that will determine monetary bias: 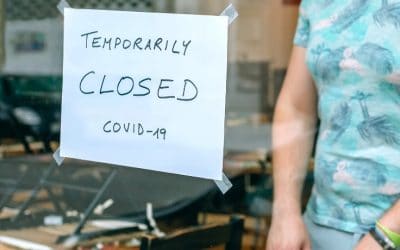 More and more countries are enacting new restrictions due to the increase in Covid cases. Some experts are already predicting an impact on the economy that will obviously be passed on to the markets.

Central banks walk a tightrope amid need to curb inflation, boost the economy

The markets have been closely monitoring the development of inflation and the central banks’ response to it for months, an issue that raised its head once again this Monday with the announcement of Jerome Powell's re-election as chair of the US Federal Reserve.