Twenty-five new agents join the project in the first half of the year, while two new professionals join the investment team

MAPFRE Gestión Patrimonial (MGP), the MAPFRE unit that offers financial investment solutions to its clients to make their savings profitable, is now accelerating its expansion plans. In the first six months of the year, the number of clients increased by 7.8% compared to the end of last year and now sits at 12,193. “We are particularly pleased with the spectacular increase in new business we have witnessed, mainly because it comes at one of the most uncertain times in the financial markets in recent years,” explains Miguel Angel Segura, General Manager of MAPFRE Inversión.

This growth comes in parallel to the 25-person increase in the network of agents to 144 at the end of the first half of the year, as well as the opening of new offices. In addition to the offices already announced for Madrid North (the second in the capital) and Zaragoza, MAPFRE is exploring the possibility of starting up in other cities, such as Palma de Mallorca, Málaga, and Alicante. Currently, there are seven offices in total.

In this complex environment, the net balances contributed by the network reached almost EUR 120 million in the first half of the year, 54% more than in the same period one year prior. However, when the market effect is taken into account, MGP’s total financial assets decreased slightly to EUR 1.263 billion.

In addition to the arrival of new agents, MAPFRE Gestión Patrimonial has just hired two new professionals. One is Javier de Berenguer, who will be an analyst at MGP.  He holds the CIIA® (Certified International Investment Analyst) and CESGA® (Certified ESG Analyst) certifications. After coming up in the private banking division of Banco Santander, Javier has been working for more than four years on the Institutional Business team at MAPFRE AM, the group’s asset management wing. Ignacio Amo, who has more than seven years of experience in financial markets as an equity trader and fund selector at EBN Banco, has also joined the team as a fund selector. For the past three years he has worked as a fund analyst in the Operational Due Diligence team at Santander Asset Management.

The MAPFRE Financial Club is born

Against the backdrop of expansion, a few months ago MGP launched the Financial Club, to which the 100 best brokers from both the specific network and the MGP network with high net worth and who specialize in financial products belong. “With this prestigious club, whose members boast high financial value, we aim to increase loyalty and identification with the company, boost its professionalism by sharing best practices, increase the degree of commitment in the sale of the full range of financial products, and improve productivity on an ongoing basis,” says Enrique Palmer, director of business development at MGP. 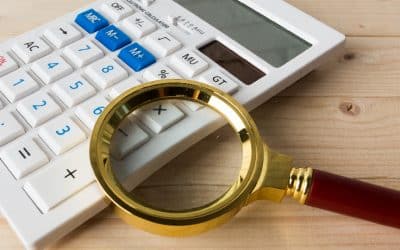