Taking advantage despite the earthquake in the US stock market

After a ~21% decline in the S&P 500 during the first half of 2022, the P/E multiple of the index has declined from 21.2x to ~15.9x (slightly less than the 25-year forward average of 16.9x). Although energy stocks advanced by 31.8%, the 10 other S&P 500 sectors declined in value, with consumer discretionary, communication services, and technology shares the biggest laggards at -32.8%, -30.2%, and -26.9%, respectively. The reasons for the decrease have included a smorgasbord of investor concerns, from inflation and interest rates to recession fears, the war in Ukraine, supply chain disruptions, and an economic slowdown in China. That’s one of the conclusions of the latest Quarterly letter of Boyar Value Group, which analyses that the resulting wealth destruction has been severe, with the Financial Times reporting the evisceration of more than $9 trillion in U.S. stock market value during the first half of 2022.

All major asset classes except commodities decreased in value, with even “safe” fixed-income investments declining precipitously amid a sharp increase in interest rates. According to JP Morgan, investors in 30-year Treasuries lost ~23%, investors in investment-grade corporate debt almost 15%, and municipal bond holders ~9%. Cryptocurrencies (the epitome of pure speculation, in our view) were decimated, with Bitcoin, the most popular cryptocurrency, losing nearly 60% in the first half of 2022. 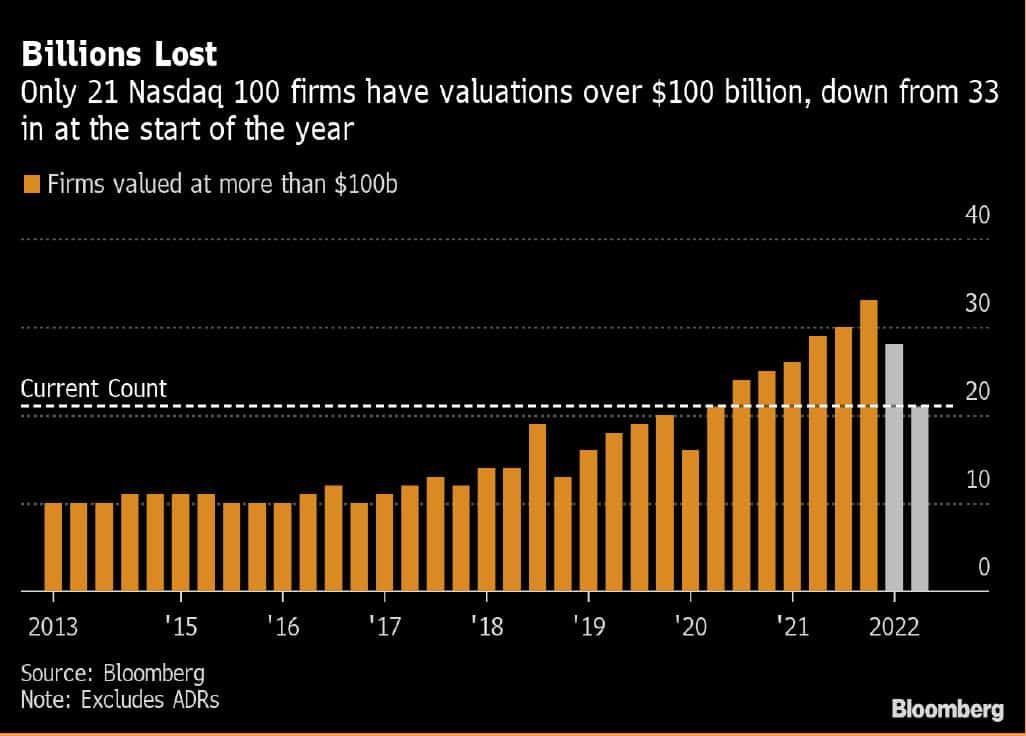 The performance of the Nasdaq 100 was, according to the Boyar’s report, particularly painful, with almost a third of its value lost. By the end of June, only 21 Nasdaq 100 firms were valued above $100 billion, down from 33 at the beginning of 2022.

“Many pandemic darlings, like Teladoc, DocuSign, and Peloton, were among the biggest decliners during the first half of 2022. We make no predictions about the performance of specific pandemic highflyers, but we do expect the current period to be reminiscent of the dotcom crash, when many former market leaders lost 75%-90% of their value, never again to approach their previous highs.”, Boyar affirms. It is worth remembering that after the Nasdaq peaked in March 2000, it took 15 years to surpass its 2000 high. Even if a few of the pandemic era’s “fallen angels” surpass their former highs, the American firm believe that they will be the exception, not the rule. 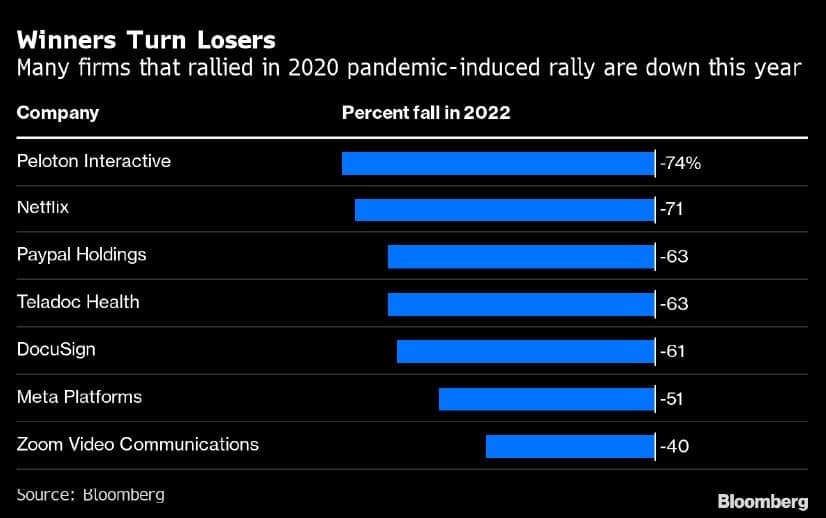 This year’s daily market gyrations have been dizzying, with the S&P 500 moving 1% (up or down) on nearly half of trading days. If this trend continues, it will be the second time that this high a percentage of “1% days” has occurred in the past 25 years. Investor sentiment is at multiyear lows (Bank of America’s bull-and-bear indicator of trader sentiment recently registered “maximum bearishness” 3 weeks running), and consumer confidence is even lower than after the September 11 attacks, during the 2008–2009 financial crisis, and during the coronavirus lockdowns. Both these markers have historically been great contraindicators for future stock market returns.

Consumer Confidence and the Stock Market 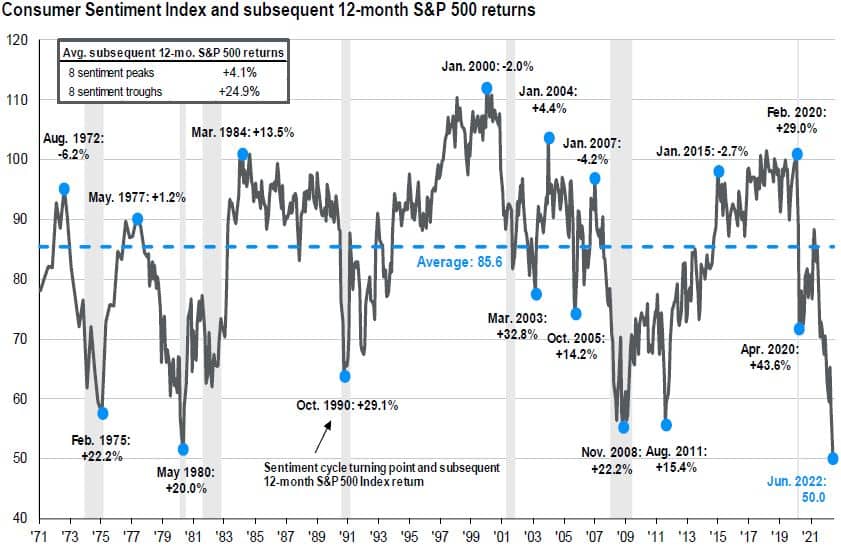 In its midyear outlook, JP Morgan Global Research summed up the situation by saying, “Positioning and sentiment of investors is at multi-decade lows. So, it is not that we think that the world and economies are in great shape, but just that an average investor expects an economic disaster, and if that does not materialize risky assets classes could recover most of their losses from the first half.” Admittedly, predicting the timing of a recovery is all but impossible, but Boyar have found that the best buying opportunities often come when investors feel worst about the prospects for equities.

Why Don’t You Sell Now, Then Buy When the Situation Stabilizes?

With so many negative headlines, Boyar says that investors are asking why they don’t sell in a downturn and wait for the situation to “stabilize.” As simple as it might sound, such an idea is, according to the firm, impossible to implement and poses a serious risk to investors’ financial well-being. As famed investor Howard Marks pointed out in a recent memo, “missing just a few days could significantly eat into your long-term return.” According to data from JP Morgan, from 1999 to 2018, the S&P 500’s annual return was 5.6%, a figure that dropped to only 2.0% for investors who missed the 10 best trading days (roughly 0.4% of the total trading days during the period).

“Investors who were unfortunate enough to miss the best 20 trading days made no money at all. The market’s best days tend to follow its worst days, and investors who sell out at these times of maximum pessimism are likely to miss the rebound.”

Boyar Value Group summarizes that they haven’t decreased their equity exposure, and they don’t plan to; “instead, we like to take advantage of these moments of market dislocation to increase our equity holdings. We’re pained at the thought of losing money for our clients, but we see this year’s losses thus far as “paper losses,” not as a permanent loss of capital. After all, the price of a stock on any given day is simply what people are willing to pay for a business at that moment. But we believe that over the long term, either the stock market will come to reflect the business’s true value or an acquirer will purchase it for its true worth, as we’ve seen so many times before. We have no reason to believe that this time will be any different.”